11 March 2020 - Debra Snow - Woodland Oil Painting
​Debra showed the process involved to create a woodland oil painting of Falling Foss. The talk involved the composition, tonal and working drawings, basic colour theory and palette. Demonstrations of the stages, materials and techniques used formed the first half of the talk. In the second half, the painting was worked on to show the full process of creating a finished piece. Debra's enthusiasm for stretching the boundaries and the experimental approach to her work were evident. 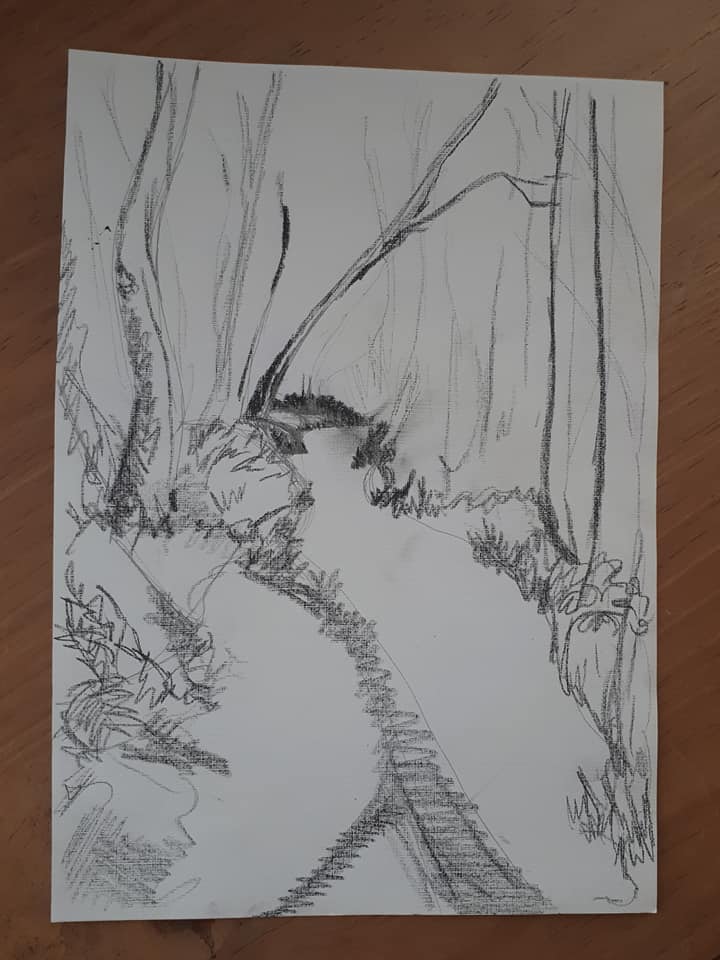 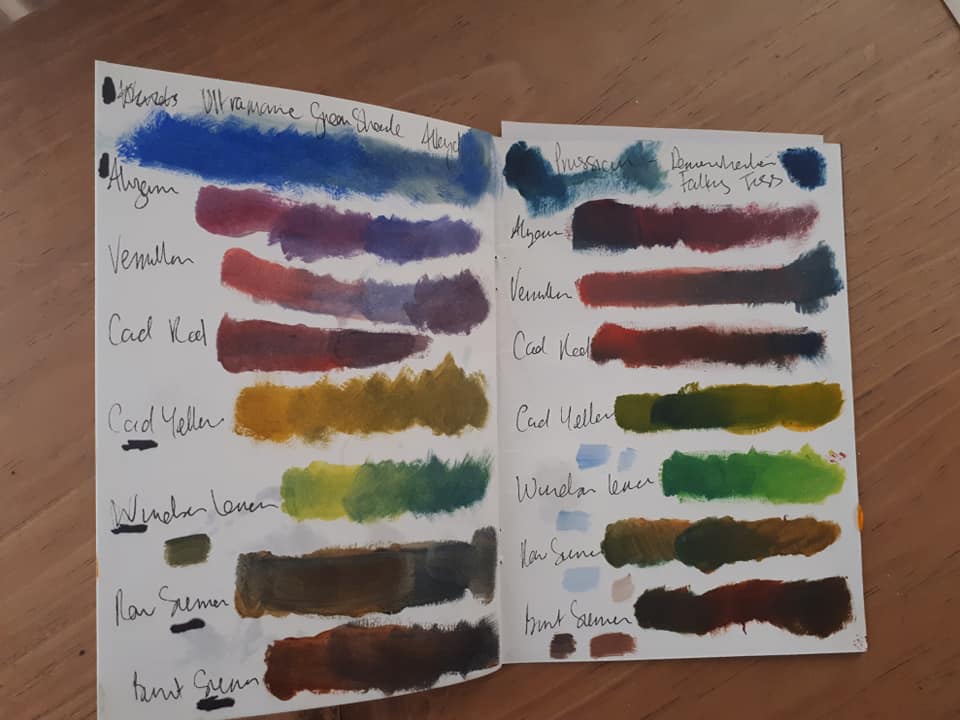 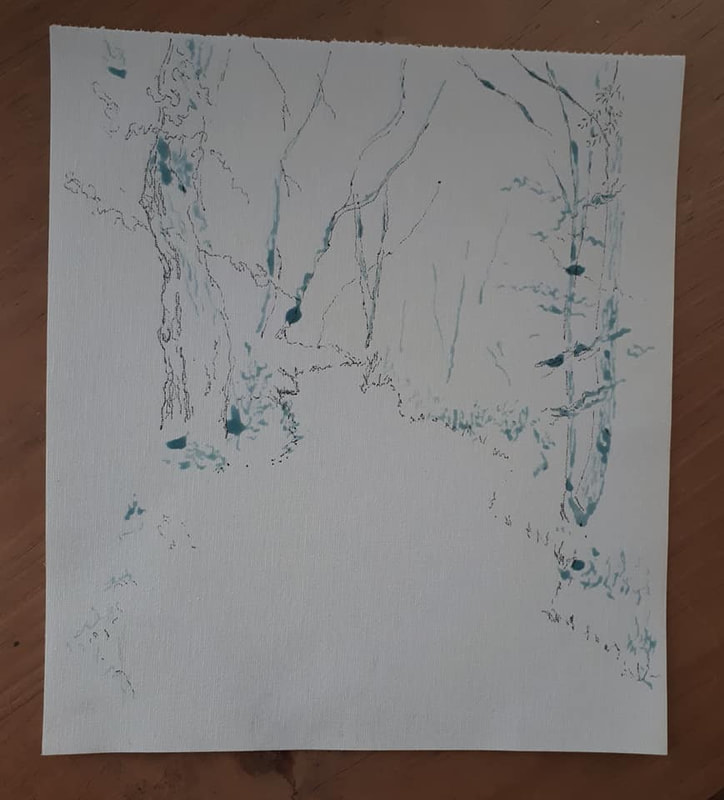 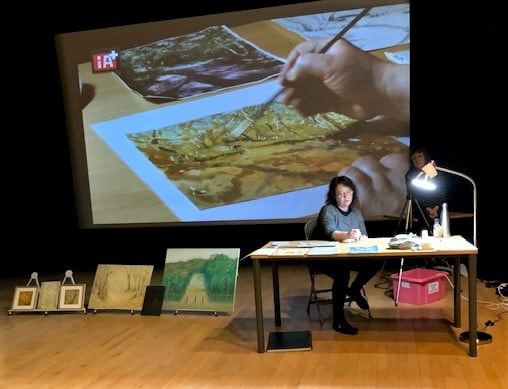 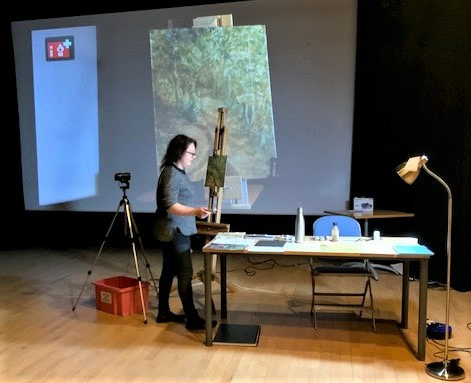 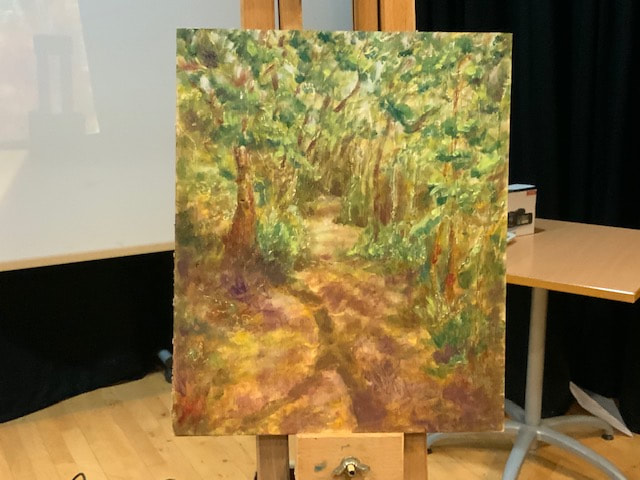 12 February 2020 - AGM & Critique of Members' Work
​​John Freeman & Peter Hicks provided members with a very constructive critique after the AGM, where Paul Blackwell was elected Chair of the Society.  General advice given included:  dark areas need to have sparkles too, keep brush strokes horizontal when painting water, Monet blurred the foreground to focus the eye to the middle of picture, hold on to your first idea when creating a picture, don’t be afraid of cutting up a picture to find the gem, avoid repetition to surprise the viewers, work beyond the parameters of your potential frame i.e. don’t leave bare paper on the edges.​

8 January 2020 - Paul Blackwell - Working with Pastels
​Paul opened the new decade with a fascinating demonstration on the use of pastels and how to begin gradually to build up a picture.  Using the pastel like a pencil, gentle light strokes are built up in thin layers resulting in a picture that works well from a distance and is interesting as you get closer.  He spoke about the importance of tone and using a tonal drawing as the basis of the picture.

27 November 2019 - Paul Blackwell
Paul gave a brilliant presentation on 'How different artists capture the changing seasons'.  This should inspire all those taking part in The Four Seasons exhibition in 2020
13 November 2019 - Kit Hemsley Ceramics
Kit's demonstration included how Parian (type of porcelain) is worked and the materials used to add texture and form to each piece.  The finished work is unique, a fine porcelain which is textured and semi transparent allowing light to add depth and interest to her work.

9 October 2019 - Wire Sculpture - Emma Stothard
An interesting presentation was well received by members.  Emma brought along small models and an unfinished deer, sketch books and a bundle of willows.  Slides shown illustrated how she goes about her work including making a ten foot mammoth!
12 June 2019 - 'Personal Influences' Peter Hicks
In conversation with Paul Blackwell, Peter talked about his work and the artists who have influenced him over the years.
It was a truly inspiring evening, a visual feast and the time passed quickly. The Society would like to express their thanks to Paul Blackwell and to Mike Shaw who compiled and organised the slideshow, and of course to Peter Hicks for a compelling evening.

13 February 2019 - AGM & Critique of Members' Work​
​Christine Pybus and John Freeman provided members with a very constructive critique after the AGM.  As an observer the one point that was frequently mentioned by both Christine and John was the direction of light and the importance this is in painting.  I’m sure our members were encouraged and benefited by the tips that were given.